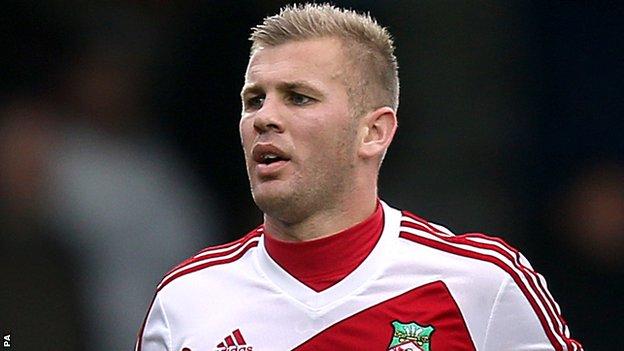 Andy Bishop scored twice as Wrexham avenged last season's FA Cup defeat by Alfreton to advance to the second round.

Bishop gave his side the lead with a header from Neil Ashton's cross before adding a second after good play by Brett Ormerod.

Kick-off at the Racecourse was delayed for 20 minutes after the Alfreton team bus was held up in traffic.

"I thought we were good today - it's been the best we've been for quite a while and it starts from the start.

"We start the game right, keep the ball right, nullify their threats and when we keep the ball and pass and move we're a half decent team.

"I thought we thoroughly deserved it today."