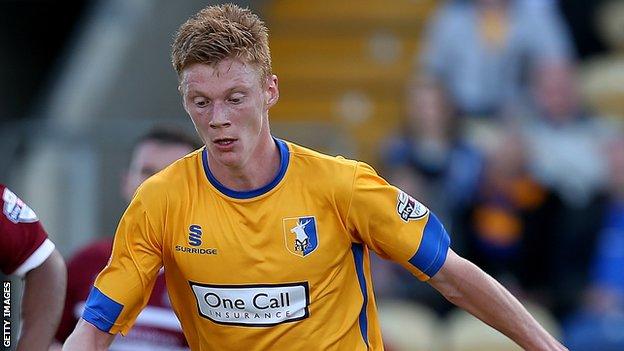 Things started to go wrong for the Southern League Premier Division outfit after Darren Locke had headed them into a surprise lead at Clarence Park.

Lee Stevenson and Anthony Howell put Mansfield 2-1 up before half-time.

Colin Daniel, Ollie Palmer and a quartet of goals from Clucas, the fourth a delightful chip, sealed an easy win for the Stags.

The last six goals came in the final 20 minutes as St Albans, who were playing in the first round for the first time in 11 years, saw their 11-match unbeaten run come to an end in emphatic fashion.

After Locke's eighth-minute opener, St Albans led until the 43rd minute when Stevenson slotted home before Howell tapped the Stags in front on the stroke of half-time.

Daniel volleyed in for 3-1, Clucas curled home a fourth and Palmer drove in to make the game safe.

Saints folded in the final 10 minutes, with Clucas scoring three more times, including a chipped finish after racing clear.

Shots on Target
Home3
Away14