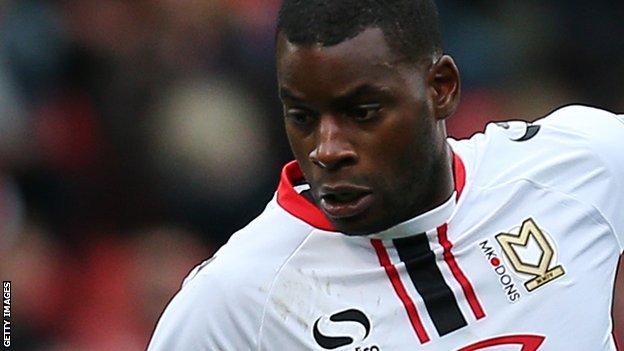 MK Dons eased past Conference Premier side Halifax Town to book their place in the second round of the FA Cup.

Izale McLeod broke the deadlock with a curled left-footed shot into the top corner from 25 yards and Shaun Williams doubled the lead from the spot after Daniel Powell had been tripped.

McLeod made it three when he rammed in the rebound from George Baldock's shot.

Lee Gregory pulled one back from a tight angle, but Brendan Galloway rounded Matt Glennon for the fourth.