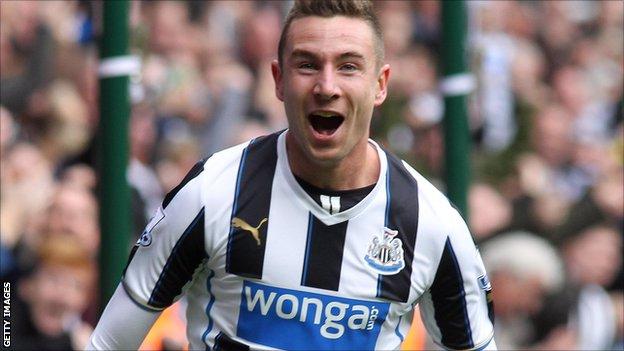 Newcastle United defender Paul Dummett has signed a new contract which could extend to six years.

Tyneside-born Dummett, 22, made his United debut at Brighton in the FA Cup last January.

"Like so many local lads it has been my boyhood dream to play for this club and now I am looking forward to repaying their faith in me," said Dummett.

"This is a great moment for my family and so many others who have supported me over the years and I would like to thank them all."

Last season, Dummett won a Scottish League Cup winners' medal whilst on loan at St Mirren, during which time he played 36 games for the Buddies.