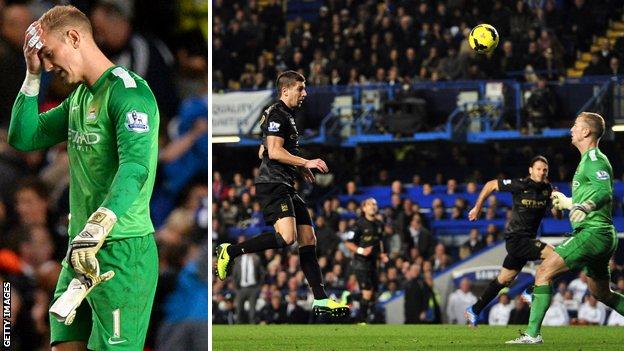 In his absence, Manchester City coasted to a 7-0 victory in the Premier League.

"Joe needs a rest and it will be useful for him," City boss Manuel Pellegrini told BBC Sport, explaining his decision.

But did 26-year-old Hart deserve to lose his place to Costel Pantilimon after making 123 successive league appearances? And will he retain his place as England's number one at the 2014 World Cup? 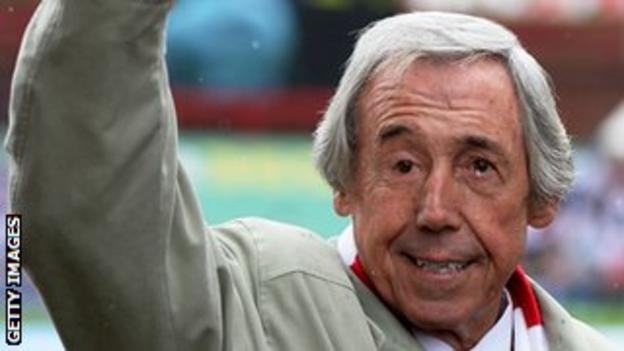 A. Manuel Pellegrini probably needed to make a change, just to make sure Joe wasn't taking his job for granted.

A. It will make Joe work harder in training, and he will improve - he won't make as many mistakes in the long run.

A. Joe has not really had anybody pressing him until recently with City. And with England, it's the same. He might have got into the mentality where he knows he will still keep his place even if he makes a mistake.

"Joe has had a difficult time but I'm positive he will be back stronger and better.

"I would have liked Pellegrini to have stuck with Joe, but I understand football is about winning.

"Knowing Joe as I do he is a very strong character and he will know that for a number of weeks he has not been at his best.

"He now has a chance to work on the training ground and when the opportunity comes, he will come back the keeper we saw a year ago."

A. Only hard work will get Joe his form back. Then, when he gets a chance to return, he has to take it.

A. Joe Hart - England need to be careful because if they drop him from the national side, that might hurt his confidence even more than losing his Manchester City place. I'd keep him in the England team. 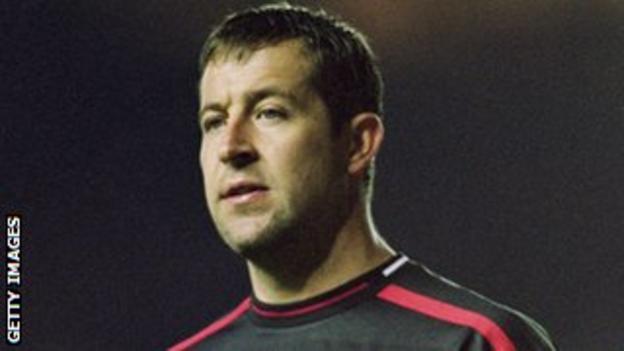 A. It is hard to say without being on the inside of the situation. If Joe Hart feels he wants to play, and I am sure he does, then it might not be good for him or England. I know when I had a bad spell I wanted to play through it.

A. I am sure he will redouble his efforts on the training field. He will look to impress in training and show that mentally he is ready to get back into the side.

Definition of error (source: Opta) "When a goalkeeper makes a major mistake which leads directly to the other team having an attempt on goal (could be any attempt type including goals); errors also includes poor attempted saves by a keeper which result in a goal."

A. I am not a believer in players losing form, it more that his confidence has taken a knock and that is showing at the moment.

A. He needs to play games and to have good things happen to him. When that happens, confidence gets higher and goalkeeping becomes easier. There are so many split second decisions to make as a goalkeeper, Hart is the type of keeper who will look to make positive decisions, for example come out for corners.

Those decisions have gone against him at the moment, but I am sure people would prefer players to be proactive, rather than dither on their line and not come out.

A. I think there are other goalkeepers who need time in the England shirt. I am sure Joe Hart will be England's number one if he retains the number one spot at Manchester City, so these games are a good chance for other England goalkeepers.

A. Yes. I am sure he will get back in and put this down as a learning experience. 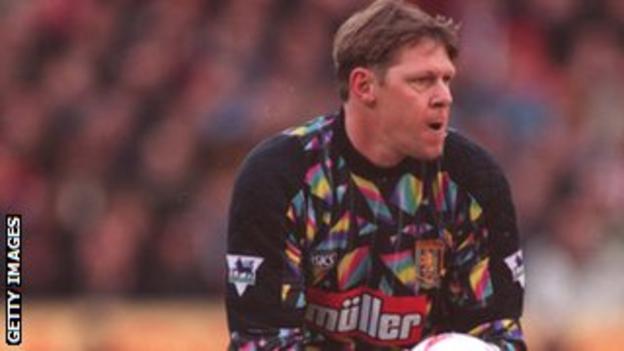 A. I don't know. It depends on Joe Hart's state of mind. When I was at Villa, after about a season and a half I spent a bit of time out of the side. It helped. You don't see the reasons why at the time but it did help.

It's a difficult one as he could play through it. He wouldn't have wanted to be rested because it now gives Pantilimon a chance.

A. He will certainly be stronger for having gone through this. It will hurt him as being dropped always does. But he is a good professional and will work hard on the training ground. His mental toughness will be greater as well.

A. Has he lost form? Every time he has made a mistake this season it has cost him a goal. But are they mistakes which last season didn't cost the team goals?

A. It looks like it will be with a rest. He will be out of the spotlight. Today a lot of work is done with psychologists and I don't know if Joe is of a mind to do that. It is something I have done as a coach and I enjoyed it.

I'm not saying Joe should do it but, if I was in his position, I would do it. It might not be because of his game but how he is being treated and how to deal with that. In my day you had to work at it yourself and it made you stronger.

A. If all this was not going on I think John Ruddy would have got the chance. The second string goalkeeper needs experience and I don't think that should change. He should play and not because of what is happening with Joe. 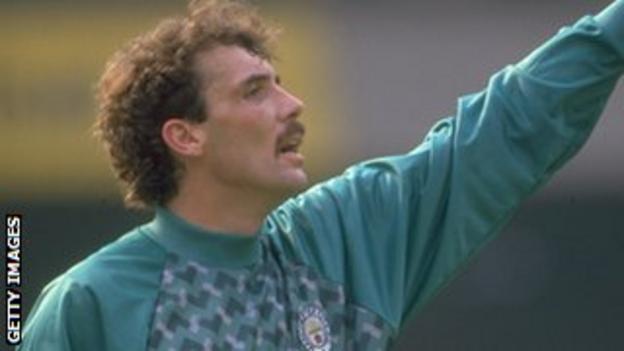 A. I think it's probably the right call at this moment. No player has a divine right to be automatically in the team. It's not complacency, it's just a dip in form and he will come back bigger and better, but I don't think long-term that Costel Pantilimon is the right answer to push Joe.

A. He will be hurt by it and he will want to get back between the sticks. He will be working hard in training and as a coach, I'd be certainly talking with him and working with him. [A loss of form] happens to all top players. Knowing his character, it won't affect him too much - he'll certainly bounce back.

"Manuel Pellegrini is protecting Joe Hart. Sometimes you get to the point where the mental approach is not right and you need help.

"Football is a game of errors and how you react to those. The goalkeeper position is a very specific role, a unique role, and they are in a very unprotected position on the pitch.

A. It's not technical errors; you could say that Joe has set himself such high standards that any little thing, people are looking at it. The goals against Aston Villa and Chelsea were decision-making errors and the hardest ball for a goalkeeper to deal with is the one that goes straight over the top of the back four because of the depth. If your starting position and your decision is not spot on, then you get caught out like Joe did.

A. In Joe's case, I've always said what a top, top keeper he is but I've always felt the problem was that, at international and club level, he didn't have a top number two to keep him on his toes. When you see a player have a loss of form, Sir Alex Ferguson used to watch the reaction of how they were in training. Having not had the benefit of seeing Joe in training, Manuel Pellegrini might have thought that even in training he's had a little dip.

A. John Ruddy and Celtic keeper Fraser Forster are untried at this level - John has played once and Fraser has played well in the Champions League games, but it's a big call for Roy Hodgson. Can you afford to play a keeper that's not being playing competitive football? You can go by Joe's experience of being England's number one. I'd probably play him.

A. Yes. You would rather it happen now than in a World Cup. He will bounce back. 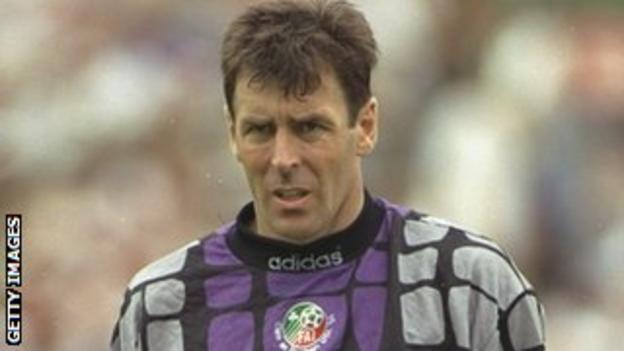 A. No. I don't believe in keepers getting dropped when they make mistakes. My feeling is that a keeper should be allowed to play his way out of it. It only takes one good game, and one great save, for your form to return.

A. It will affect his confidence and also his credibility. As a keeper there is no hiding place and when you are dropped you have to come back stronger and make sure you perform but it won't be easy for him.

A. He is still a young boy as far as being a goalkeeper goes. As a keeper you don't mature until around 28-30 years old. Goalkeeping is all about decision-making and concentration, and that comes from experience.

The Bluebirds were helped to their first ever Premier League win after Joe Hart flapped at a corner to allow Fraizer Campbell to score.

Hart cost City a point when he failed to properly close down Andreas Weimann. The Austrian striker then exploited a moment of confusion in defence to fire in.

Hart endured a game to forget after he flapped Franck Ribery's speculative strike into the net, then failed to deal with a late near-post effort from Arjen Robben.

A. He needs to analyse his game with his coach and play his way out of it. He needs to be put in real scenarios in training and work hard at improving his weaknesses. There are things he can look at like his starting position on the pitch and his body shape for crosses but the things that are causing Joe problems are decision-making so he needs to create real situations on the training pitch and work with his coach on these.

A. Now is the time for England to try new keepers and Fraser Forster has got the ability. He has proved in the Champions League he can play at a high level and make important saves.

A. Yes. Joe will come back a better keeper because he has the ability and I still think he will be England's number one in Brazil.