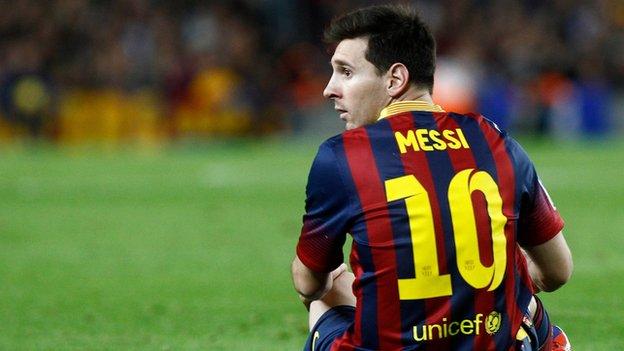 Alexis Sanchez scored the only goal as Barca beat Catalan rivals Espanyol 1-0 on Friday to extend their unbeaten start to the season to 12 games.

It is the first time since August 2011 that Messi has gone four games without scoring in the league.

"Messi isn't desperate," said Martino. "He's set the bar so high that it seems when he doesn't score it's a problem."

In between his goal drought in domestic competition, the four-time World Player of the Year did score in Barcelona's 1-1 draw away to Milan in the Champions League.

Messi has scored 223 goals in 217 league starts in his Barcelona career.

An 11th win in 12 league games for Martino's men was achieved thanks to Sanchez's second-half strike and a 10th clean sheet in 17 games in all competitions this season.

"We are nearly perfect when it comes to the result," added Martino. "We are capable of playing better, we can always play better."