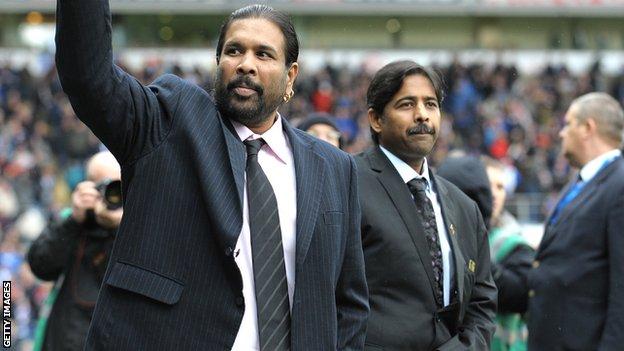 Blackburn Rovers have posted an annual pre-tax loss of £36.5m following their relegation from the Premier League in 2012 - compared with the £4.3m profit made a year earlier.

"We can't keep these type of losses up. It is very, very difficult," said managing director Derek Shaw.

The Championship club, who were bought by Indian poultry giant Venky's in November 2010, recorded an operating loss of £24.3m before player trading after losing their top-flight status.

In an attempt to secure an immediate Premier League return Blackburn's 2012 summer signings included Jordan Rhodes for in the region of £8m, Leon Best, Danny Murphy and Dickson Etuhu, resulting in an £11.7m player trading loss.

"We spent a lot of money on new players trying to get promotion and we all know that did not work.

"We are making efforts but because certain players have gone there are compensation figures to pay. It will take quite a while to fully address."

The accounts show £23.2m of the reduction in turnover is related to a loss in income from the Premier league, while they have lost £1.1m in ticket sales with average league attendances dropping from 22,551 to 14,997.

New Financial Fair Play rules mean Championship clubs are permitted to make a loss of £8m this season, with those who fail to comply set to face sanctions from the Football League.

In the accounts statement, Shaw wrote: "Although promotion remains the key aim, achieving this while also trying to meet Financial Fair Play requirements will be a challenging task for all football clubs.

"Business risks identified include reduced income from parachute payments in 2014-15 and 2015-16 and the potential sanction from non compliance with the FFP rules."

Since relegation from the Premier League in 2012, Blackburn have had four permanent managers. They finished 17th in the Championship last season.