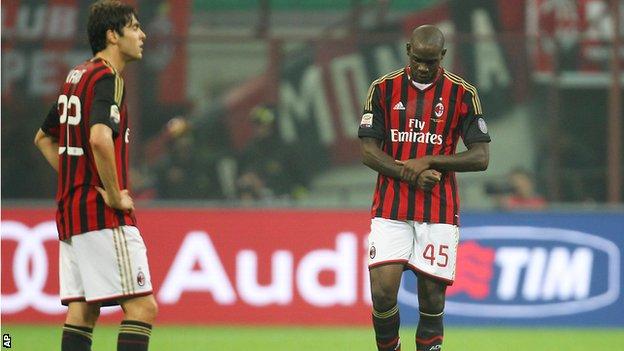 AC Milan were jeered off the San Siro pitch after suffering their fifth defeat of the Serie A season at the hands of visitors Fiorentina.

Massimiliano Allegri's side are 11th with 12 points from their 11 games.

Spanish forward Jose Callejon put Benitez's side ahead with a stunning left-foot curler and their lead was doubled by Slovakia midfielder Marek Hamsik's first-time shot.

Defending champions Juventus are level with Napoli - both having won nine of their 11 matches - after Paul Pogba netted the decisive goal in a 1-0 win at Parma.

Roma, who became the first Serie A team to win their opening 10 matches on Thursday, can reopen a five-point gap when they travel to Torino on Sunday.