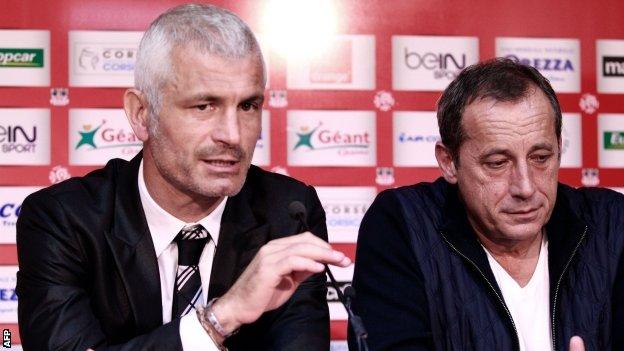 Former Middlesbrough striker Fabrizio Ravanelli has been fired as head coach of Ajaccio after a fifth straight loss left them 19th in France's Ligue 1.

The former Italy striker was appointed by the Corsicans in the summer but his managerial debut ended after Saturday's 3-1 home defeat to Valenciennes.

"It hurts but that's life," Ravanelli, 44, told Canal Plus television.

"When things don't work, the only solution is a change of coach," said club president Alain Orsoni.

"Relegation would be a catastrophe. We're looking for a solution."

Ravanelli, who won the Champions League as a player for Juventus in 1996, played for Middlesbrough in the Premier League between 1996 and 1997.

Ajaccio are second from bottom in the French top-flight, with just one win from 12 league games.