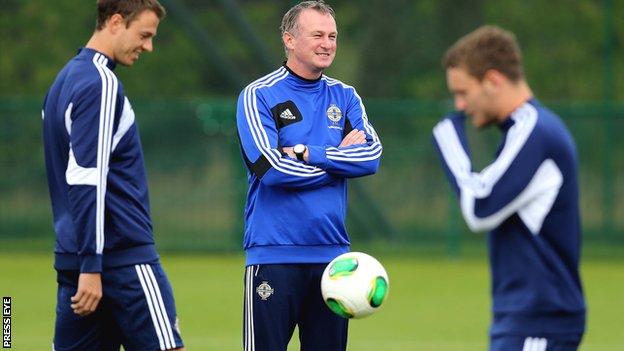 Michael O'Neill has agreed a new two-year contract with the Irish Football Association to remain as Northern Ireland manager.

The deal has yet to be signed but would mean O'Neill taking charge for the Euro 2016 qualifying campaign.

The parties have been involved in talks over recent months and an announcement is expected before next week's friendly against Turkey.

O'Neill's current contract expires at the end of 2013.

While the final details of the deal have yet to be formalised, it is understood an agreement is in place.

O'Neill's initial appointment as successor to Nigel Worthington was confirmed in December 2011 and he took charge of the senior side in February 2012.

Northern Ireland have won one and drawn six of his 14 games in charge and finished fifth in their World Cup qualifying group, with seven points from their 10 games.