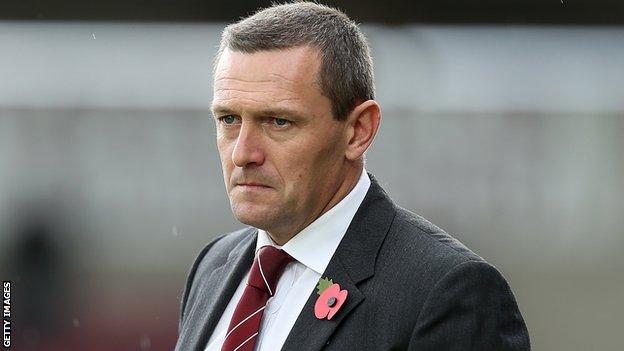 Angry Northampton Town boss Aidy Boothroyd has promised to make changes to his bottom-of-the-table side.

"There's clearly lots of work to be done and changes that need to be made.

"I'm extremely annoyed at some of the players and I need to do something about it," 42-year-old Boothroyd told BBC Radio Northampton.

The Cobblers were beaten by a last-minute goal at Home Park to continue a run of just one win in 13 league games, and two victories overall this season.

After last term's play-off final defeat by Bradford, Boothroyd overhauled his squad in an attempt to go one step further, but the Sixfields side find themselves with only 10 points after 15 games.

"It's sickening, and I need to make some changes. It's not acceptable," said the former Watford, Colchester and Coventry manager.

"I am really irritated by what I've seen in that last five minutes. You do not concede in the last few minutes.