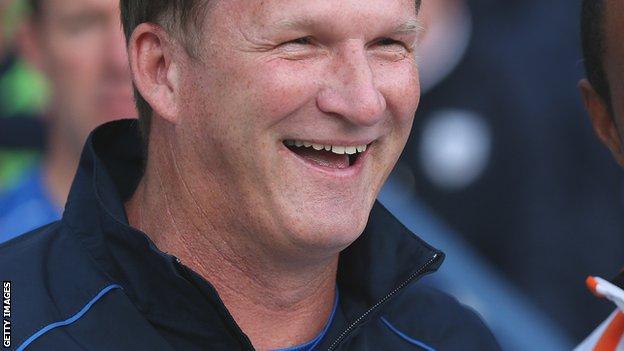 Preston manager Simon Grayson believes his side were not good enough in all areas in their 1-1 draw with Tranmere.

Grayson told the club website: "We were average, to say the least. The defenders weren't on the front foot.

"The midfield players didn't pass the ball as well as they should have done and in the final third we didn't have the creativity to break them down."

Garner scored an injury-time header to ensure Preston remained in fourth place in the League One table, much to the relief of his manager.

"It was a disappointing performance, but when you look like you are going to lose the three points, to get an equaliser at the end, could be an important point at the end of the season," he added.

"We have always said that we have a good squad and we have players that are capable of scoring goals, with good options when we need to change it slightly.

"I thought as the game went on we looked a little bit predictable, moving the ball back to front and up to Kevin (Davies) too quickly.

"I thought the option of putting Stuart Beavon and Garns (Joe Garner) on could change that and I am delighted that Joe got the goal.

"He has looked very sharp in training over the last few weeks and has never got the goals that his performances deserve when he has got into the first team."