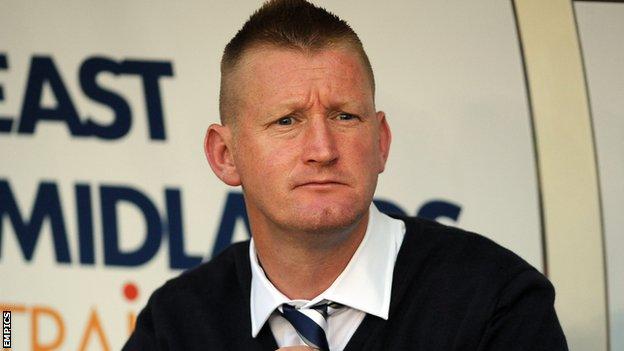 The Lions endured a difficult start to the season and suffered heavy defeats by Bournemouth and Birmingham, but have since drawn with promotion challengers QPR, Reading and Burnley.

"It's only three points, but the positive is that we are competing with them and it won't be long before we can try and turn them draws into wins."

Shane Lowry's second-half own goal meant Millwall had to settle for a point against Championship leaders Burnley at The Den - and it is five matches since their last victory, against Leeds in September.

But they are still four places and three points above the relegation places.

Meanwhile, Lomas is anxiously waiting for news on Scott Malone, who suffered a knee injury against the Clarets.

The Lions boss admitted: "It's very disappointing. We played very well, score two very well taken goals and think we're on the up

"You want to get them wins. Three points can certainly shoot you up the league with it being so tight, so the sooner the better.

"We're certainly not having much luck on the injury front. We'll have to assess it and see where we're at."