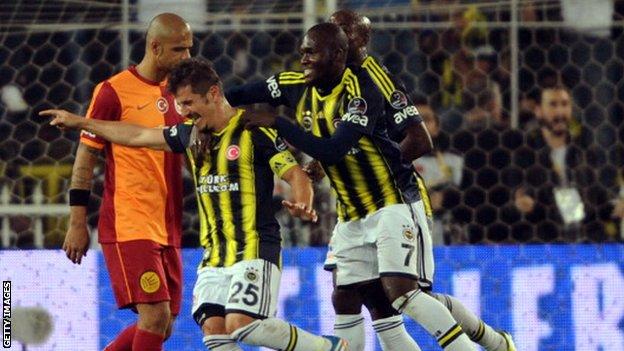 Roberto Mancini suffered defeat in the Istanbul derby as Fenerbahce beat rivals Galatasaray 2-0 to go four points clear at the top of the table.

It was Galatasaray's second straight defeat after losing to FC Copenhagen in the Champions League last week.

Galatasaray's day to forget was summed up when Felipe Melo missed a last-minute penalty.

But defeat leaves them nine points behind Fenerbahce in the table.