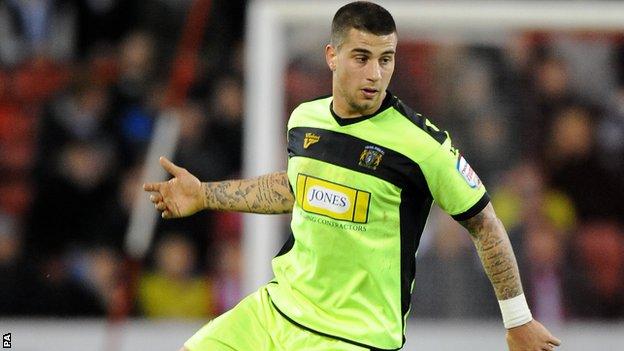 The 21-year-old, who can play full-back, in central defence or in a holding midfield position, will stay at Brunton Park until 1 December.

He played the last 12 minutes of but that is his sole appearance since joining them in 2010.

"Everyone you speak to has nothing but good things to say about him," boss Graham Kavanagh told the club website.

"His character, temperament and mindset appear to be exactly what we require," he continued.

"Other managers at other clubs have looked at him previously and he has done a job for them. That is a good indication that there is a really good chance that we've got ourselves a decent player."

He will be available for Carlisle's League One home game against Wolves on Tuesday.