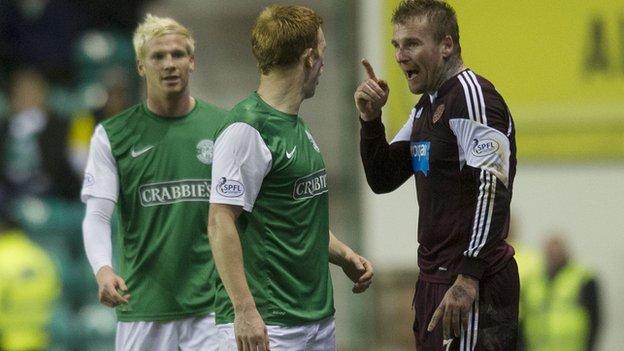 Hibernian have appealed against the violent conduct charge issued to Liam Craig by the Scottish FA.

The midfielder faces a two-match ban for allegedly trying to kick Hearts' Ryan Stevenson in the face during his side's League Cup loss at Easter Road.

A principal hearing date has been set for 7 November for Craig, who has since played in a defeat at Motherwell.

If the complaint is upheld, the player will miss the following Premiership match and one match in the League Cup.