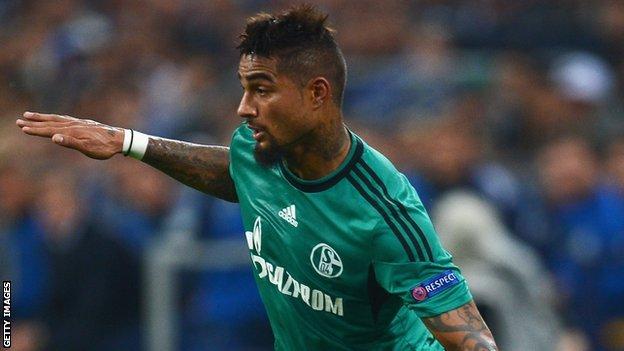 The Black Stars meet the Pharaohs in Cairo on 19 November at the Air Defence Stadium, and take a massive 6-1 lead into the game after October's first leg in Kumasi.

Schalke midfielder Boateng missed that first match because of a knee injury.

Also included in the squad are Dominic Adiyiah and goalkeeper Daniel Agyei.

The aggregate winner will qualify for next year's final in Brazil and Ghana are heavy favourites to book their place.

However, Ghana are unhappy that Fifa have rejected two appeals for the game to be switched from Cairo because of safety fears.

Fifa ruled that Egypt has given security guarantees for the game, which will be the first international match held in the capital for more than two years.

Political and social unrest has led to disturbances in Egypt since the overthrow of President Morsi, while football in the country has been deeply affected since the Port Said riot in 2012 that led to the deaths of more than 70 fans.