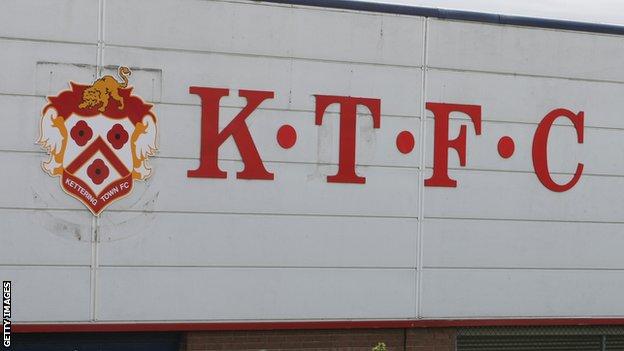 Kettering Town have completed their escape from liquidation by settling a debt of almost £70,000.

The club launched an appeal last month and

The winding-up petition remained, but the club met a 28-day deadline to pay former landlord Rushden & Diamonds Ltd, the shell company left when the club of the same name was closed down in 2011.

Kettering, whose financial problems saw them drop from the fifth to the eighth tier of English football last season, were helped by football fans from across the country, who raised more than £20,000 on a website last month.

The club now plays in Southern League Division one Central and has relocated to Latimer Park at nearby Burton Latimer.