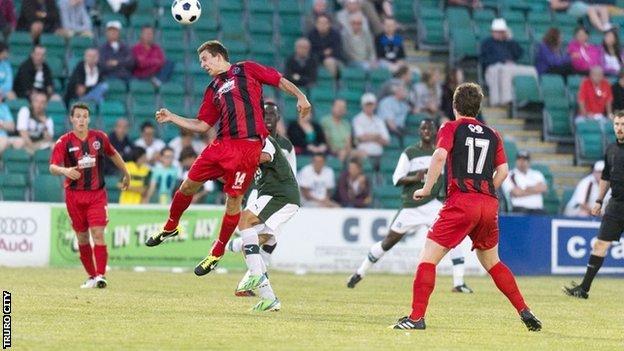 Truro City manager Steve Massey says his side are "nowhere near finished" after recording back-to-back wins for the first time in 14 months.

The White Tigers grabbed a 3-2 away win at Hitchin to follow their success against AFC Totton last Tuesday.

"It has been difficult saying 'look, we know its coming' but that's what's happening," he told BBC Radio Cornwall.

"We're nowhere near finished. There's a lot more to come from this side and we've got players to come back too."

Massey had been under pressure after a string of poor results earlier in the season, with supporters having to wait until the end of October for the club's first home win of the season, but they have taken nine points from the last four games.

"Suddenly we're looking like the form side of the league. It was always something I knew the side was capable of, and it feels very nice," he said.

"The last 15 minutes [against Hitchin] felt like 15 hours - they're a side at home and you expect them to put you under pressure, but the guys stood firm.

"And it's nice to have a bit of luck with their shot that hit the upright - it's gone against us so often this season."