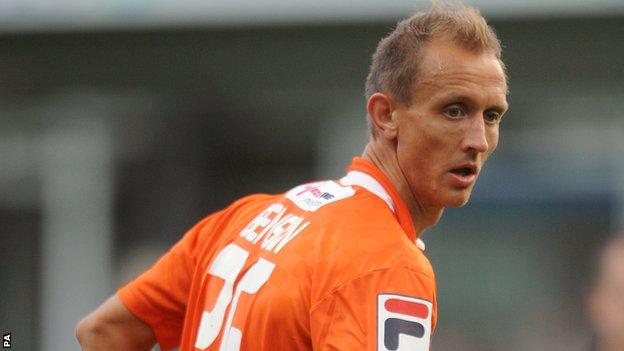 Paul Benson scored one goal and made another as Luton moved to second in the table by winning at Braintree.

Benson opened the scoring by tapping home a rebound after Andy Parry's shot had been cleared off the line.

Andre Gray, who had been involved in the first goal, came close just before Benson set up Parry for the second.

Dan Holman immediately pulled one back with a deflected shot from the edge of the area but Luton held on in their fifth consecutive away match.

The Hatters play their sixth successive game away from Kenilworth Road when they visit Chester this Saturday.

They move a point above third-placed Kidderminster in the table while Braintree are one point outside the play-off zone.

"The conditions were not good for both teams. The first half we were not in too much danger.

"They get a deflection and it changes the pattern of the game a bit and we lose two experienced players in Steve McNulty and Paul Benson.

"The boys had to stand up and they did and they showed the will to win. When we needed a bit of help the supporters got behind us.

"I would put that down as one of our best all-round performances of the season."