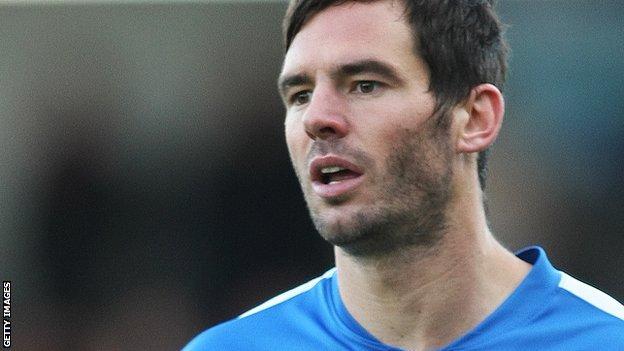 All four goals came before the break as relegation-threatened Hereford and Chester shared a draw at Edgar Street.

Craig Lindfield tapped in when Dan Lloyd-Weston spilled a cross and Gareth Seddon rifled in from 45 yards after the Bulls keeper raced out of his goal.

But Dyer headed the home side level to claim a deserved point for the Bulls.

Defeat would have plunged Hereford, now without a win in seven league games, into the bottom four.

But they ended up unlucky not to have completed a double over Chester, having won 2-0 at Bumpers Lane in August.

Chester, who have climbed out of the relegation zone after losing just once in seven league games, were kept in it after the break by a string of stunning saves from keeper John Danby, three of them from luckless livewire home striker Michael Rankine.

"The two goals we conceded were poor. They'll get me the sack.

"After going a goal in front, suddenly it was panic stations and, if we'd gone 3-1 down, it was a game we could easily have lost if we'd wobbled.

"But then we got back in the game at 2-2. And they never had a shot on target in the second half.

"There was a good intensity there. but everybody just wants that win."

"The lads have shown great character. Despite conceding another sloppy goal, we got straight back into it.

"That's one defeat in seven for us now in the league. It's just a case of turning those draws into wins.

"But any point in this league against a full-time club is excellent.

"We knew Hereford would put us under an aerial bombardment from set pieces, especially with Michael Rankine up top, but I thought we weathered the storm in the second half."