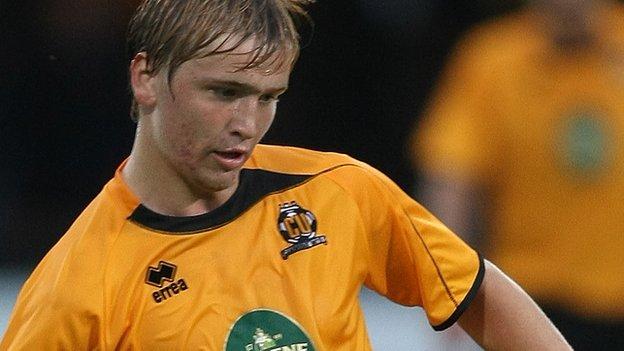 Luke Berry's sixth goal of the season helped send Cambridge United seven points clear at the top of the table with victory over struggling Aldershot.

Berry nodded the U's ahead from a corner in the last few seconds of first-half injury time.

Kwesi Appiah then latched onto Berry's shot off the post in the second half to double the advantage.

Adam Cunnington slotted a third before Nathan Arnold made it 4-0 after some slick work inside the box.

The Shots, second from bottom and 28 points behind the U's in the Conference Premier, had coped well in the first half.

After Berry's opener, however, Aldershot rarely threatened further as the hosts bounced back from their first defeat of the campaign against Southport with their ninth successive win at the Abbey Stadium.

"I thought it was a very good performance from star to finish. In all aspects.

"We put them in a lot of trouble for most of the evening.

"We talked up being a bit more purposeful, running in behind a little bit more than we had done in recent games.

"I thought our decision making on when and where to pass, when to play, was very good tonight."