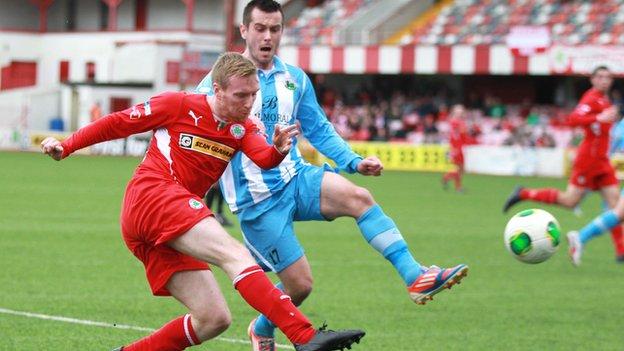 Cliftonville will be without Chris Curran for up to six weeks after the midfielder broke his collarbone in Saturday's draw with Dungannon Swifts.

The former Ballinamallard United player sustained the injury in the closing stages of the Premiership game at Solitude, which finished 2-2.

Curran joined the league champions from the Mallards in June.

The 22-year-old was part of the same youth team at Manchester United as Cliftonville goalkeeper Conor Devlin.