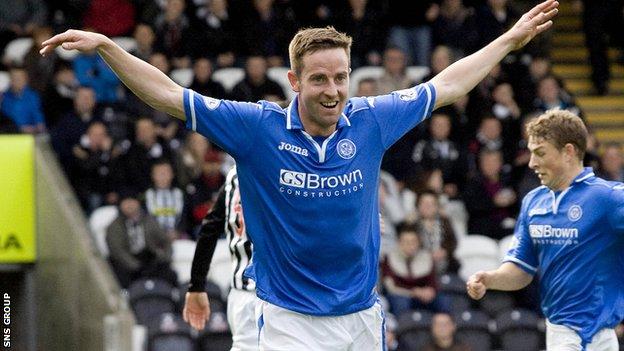 St Johnstone striker Steven MacLean will be out for at least three months as he prepares for a knee operation.

The 31-year-old striker has missed Saints' last three games after picking up an injury against St Mirren.

And Saints defender Steven Anderson is facing another seven weeks on the sidelines as he recovers from a hand injury.

The centre-half did the damage in a fall against Partick Thistle at the end of September.

"It's disappointing for everyone, not least the players, but we have to live with it and it is paramount that that we get it right medically," manager Tommy Wright told the club website.

"That's football and we'll just have to get on with it - their on-going absence will continue to give opportunities to others to show what they can do."