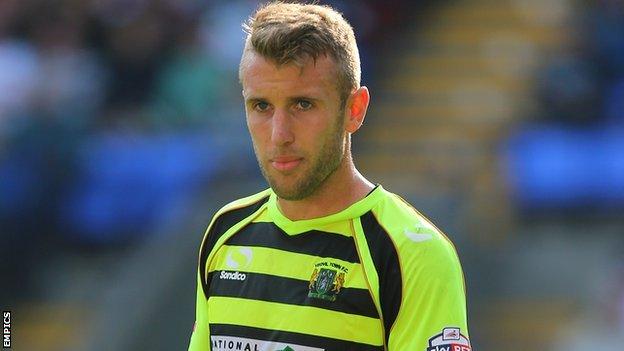 The 27-year-old sustained the injury in training last week and missed Saturday's 2-0 defeat by Leeds.

Yeovil manager Gary Johnson told the club website the forward could face a lengthy spell on the sidelines.

"It's a big blow to lose Andy to injury like this," he said. "It looks like he could be out for some time, but we are awaiting a report from the specialist."

Williams left the Glovers to join Swindon last year, but returned to Huish Park on a season-long loan in the summer.

He has made nine appearances for the Championship club this term, scoring once in the Capital One Cup win over Torquay.