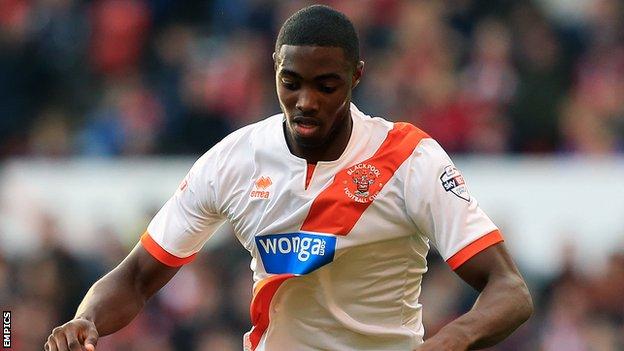 Defender Blackett, 19, made his debut in a result that lifted Paul Ince's side up to fourth in the table.

"We asked him to play left-midfield initially and then he went to left-back," Rae told BBC Radio Lancashire.

"It's a different level to what he's been used to but he'll learn and grow."

England Under-19 international Blackett, a member of the United squad that won the FA Youth Cup in 2011, is to remain at Bloomfield Road until 2 December.

He will provide cover for Jack Robinson, who was and served the first of a four-game ban against Forest.