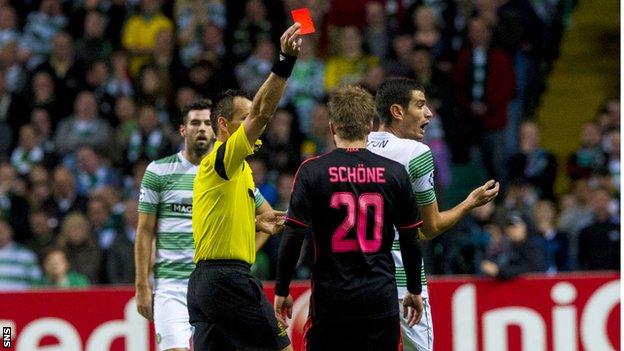 Celtic midfielder Nir Biton will miss the next two Champions League games after being given a two-match ban by governing body Uefa.

The Israeli international was sent off in last month's home win against Ajax.

The automatic one-match suspension for receiving a red card has been extended to two, which means he will not be eligible until Celtic's final group match against Barcelona in December.

Neil Lennon's side are in Amsterdam for Wednesday's match against Ajax.

Biton, 22, has made just one start for Celtic since his arrival from FC Ashdod in late August - a home defeat to Morton in the League Cup.