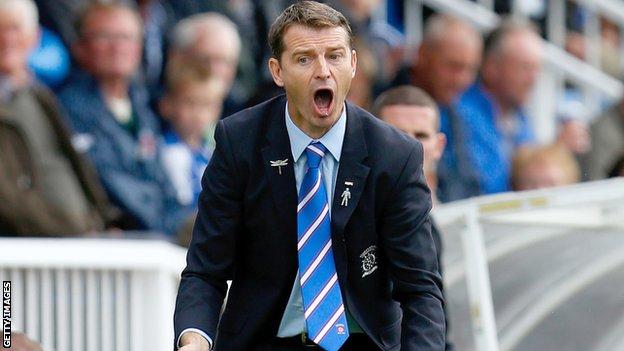 Pools have won six of their last seven matches in all competitions.

Five have come in League Two, lifting them from 22nd to 13th and just five points off an automatic promotion slot.

"I think the boys are just desperate to do well for one another. It means they are throwing themselves at shots, putting their bodies on the line to stop us conceding," he told BBC Tees.

"I've told them that as long as they're this determined to keep the ball out of the goal then we'll be absolutely fine."

During their recent good run of form, Cooper's side have kept four clean sheets and conceded just three goals.

Last season, under Neale Cooper and then John Hughes, Hartlepool were relegated from League One with the sixth-worst defensive record.

"The players are energising one another by their actions at crucial moments," Cooper added.

"Scott Flinders will make a save he has no right to, or one of the lads will make a last-ditch block and it just lifts the whole team to keep digging in."