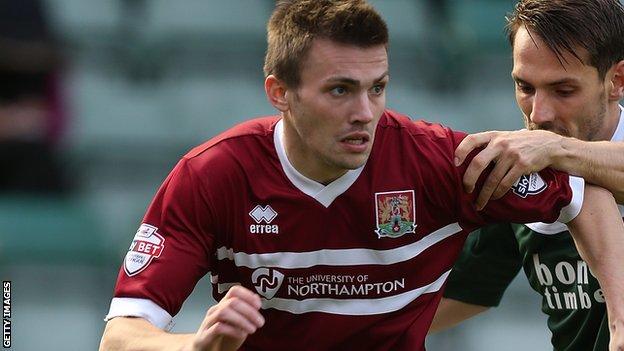 The 22-year-old has scored two goals in six games since making the move to Sixfields, including on his debut.

He joined the Bees from Crusaders in 2012 and won his only Northern Ireland cap against Wales in 2011.

The club say discussions are continuing over the availability of Dallas and Brentford's Luke Norris, also on loan at the League Two club, for the FA Cup.

Meanwhile, Peterborough's Kane Ferdinand has been given permission to play in the first round tie at Bishop's Stortford.