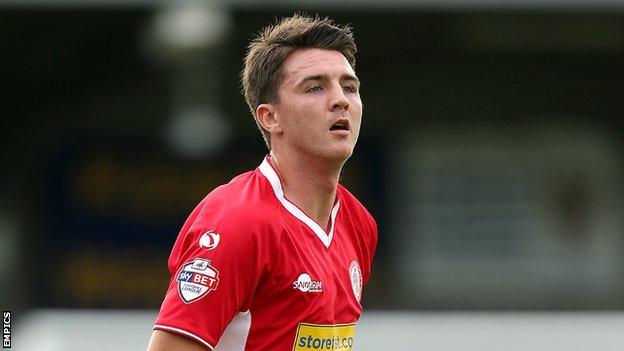 The defender, 23, netted a late equaliser in having scored a seven days earlier.

"Any last-minute goal that gets you points, whether it's an equaliser or a win, feels great," said Murphy.

And Beattie told BBC Radio Lancashire: "It shows the spirit that we've tried to create within the team."

Stanley collected only two points from their first 10 league games but have taken nine from their last five outings and moved off the foot of League Two with their late point against Wycombe at the Store First Stadium.

"'Murph' has got a great knack of getting into the box and he's popped up at the right time in the last couple of weeks," continued Beattie.

"He's not just someone who scores in the last minute - he's a very valuable member of the team."

Murphy added: "Even when we weren't getting points, no-one has ever been down.

"The gaffer kept saying the same things and he must have known it would work. He made us believe it and now it is working."

in the first round of the FA Cup on Saturday.