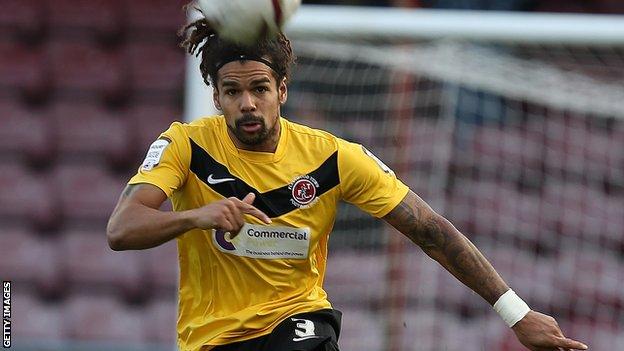 It is the 32-year-old's second spell with the Shakers, having spent time at Gigg Lane during the 2008-09 season.

following their promotion to League Two in May 2012 and

Meanwhile, striker Danny Hylton has from Rotherham until the turn of the year.

Hylton, 24, has failed to score in three starts for Ronnie Jepson's side, who lie third-bottom of League Two.

All of Bury's on-loan players have been given permission to face Cambridge in the first round of the FA Cup on Saturday.

The Shakers have also announced the departure of winger Aidan Chippendale by mutual consent.

The 21-year-old failed to make a first-team appearance for the club following his and recently had a loan spell with Conference Premier side Chester.