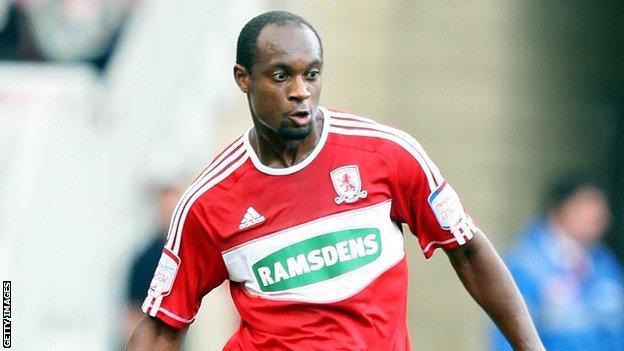 Millwall have completed the signing of Middlesbrough defender Justin Hoyte on an emergency loan deal.

The 29-year-old right-back, who has been training with the Lions this week, will be at the Den until 1 January.

Hoyte, who moved to Teesside for a fee of £3m from Arsenal in 2008, has made four appearances for Boro this season.

The Trinidad & Tobago international began his career with the Gunners, making a total of 68 appearances, and also had a loan spell at Sunderland.

London-born Hoyte has also represented England at under-16, under-19, under-20 and under-21 level.