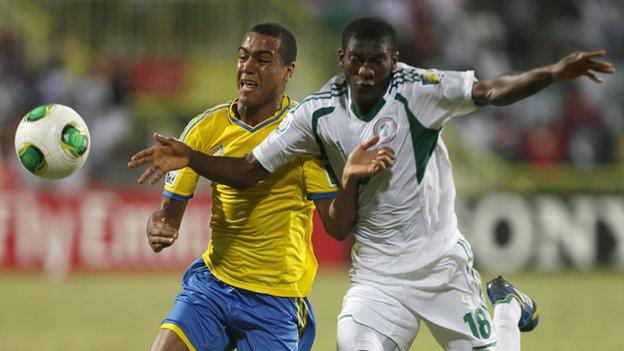 Nigeria beat Sweden 3-0 to reach the final of the Under-17 World Cup in United Arab Emirates.

The Golden Eaglets will face reigning champions Mexico in Friday's final as they seek a record fourth title.

Taiwo Awoniyi opened the scoring after 21 minutes and he thought he had scored again in the second half but his effort was ruled out for an offside.

Samuel Okon and Chidera Ezeh added late goals to seal the win in Dubai for the Golden Eaglets.

The victory means Nigeria maintain their record of never having lost a semi-final at the Under-17 World Cup and they will play in their seventh final at the tournament.

Earlier in the day champions Mexico beat Argentina by a similar scoreline in the other semi-final.

Nigeria will be confident of winning in Abu Dhabi having already beaten Mexico 6-1 in the opening game in Group F at this year's event.

The African side have now scored 23 goals in their seven matches in UAE while conceding just five, of which three came in a draw with Sweden in a group match.