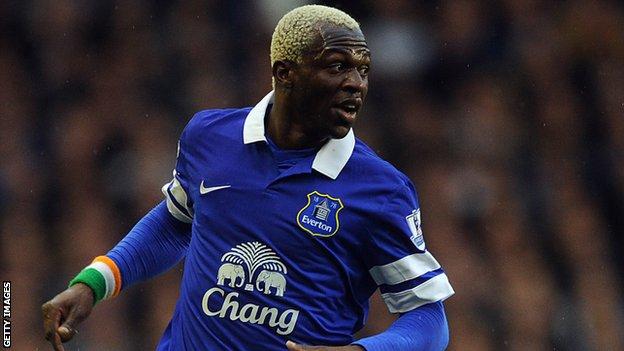 Everton fear striker Arouna Kone could be out for the rest of the season after scans revealed a cartilage problem.

The Ivory Coast international, 29, has not played since sustaining a knee injury during his side's 2-1 win over Hull on 19 October.

"It's going to be a long spell out and that's disappointing," Martinez told Evertontv.

"He had a loosened body, a bit of cartilage in his knee, so we need to repair that which will take time."

Kone scored 11 Premier League goals for Wigan last season but is yet to find the net for his new team.

Martinez added: "We need to give him a lot of support because he was enjoying his role when he came on against Hull.

"We're going to work on other aspects of his body to get him fully fit and strong so that when he comes back, he is ready to enjoy his football."