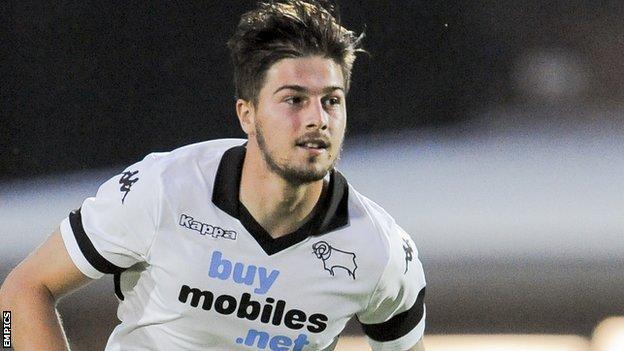 Notts County have completed the signing of Derby County right-back Kieron Freeman on a loan deal until January.

The 21-year-old had four months on loan at Notts in the 2011/12 season before joining the Rams permanently from Nottingham Forest in August 2012.

Freeman has also been linked with a move to Mansfield Town, another club where he has spent time on loan.

The Wales Under-21 international has played 27 games while at Pride Park and signed a new contract in April.

He has made seven appearances this season, but has slipped down the pecking order with the arrival of Adam Smith and Andre Wisdom and has not featured since the Capital One Cup defeat by Leicester City in September.