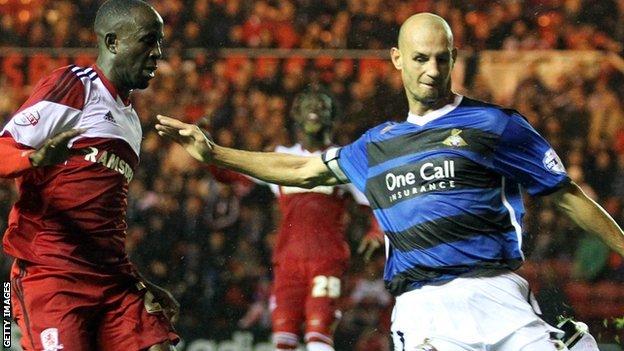 Doncaster Rovers skipper Rob Jones could be out of action for up to two months because of a neck injury.

The 34-year-old centre-back, who joined Rovers in 2012, has been diagnosed with two bulging discs at the base of his neck, which have trapped a nerve.

Jones had been an ever-present this season before missing Saturday's 3-1 home defeat by Brighton.

He told the club website: "It will be a few long weeks ahead as I am not used to resting."