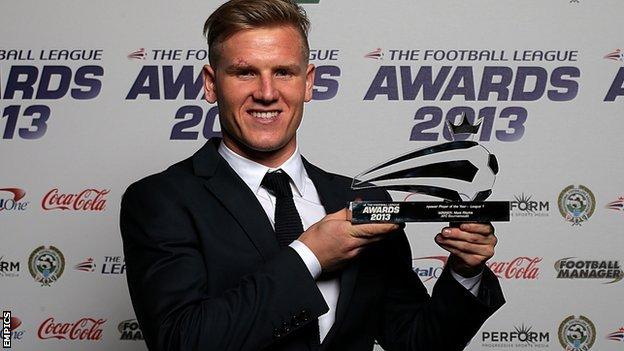 Bournemouth manager Eddie Howe says he hopes to have Matt Ritchie available for the visit of Derby on 23 November.

Winger Ritchie, 24, has not played this term after picking up a thigh injury in pre-season but Howe says he is now close to a return to action.

Ritchie signed from Swindon in January and has played 17 times for the club.

"Matt went to Italy twice in the past couple of weeks. His injury has totally healed so he has no injury as such any more," Howe told BBC Radio Solent.

Ritchie, who cost the Cherries about £500,000, helped them win promotion last season and Howe believes his return will be a huge boost for the side.

He was voted League One Player of the Year for his achievements at Swindon and Dean Court last season.

"He now needs to build up his fitness," said Howe.

"If you think we have a six-week pre-season to get players from a base of no fitness to full fitness, he is now in the middle of that process.

"Burnley might be a push for him but if we can get him back after the international break it will be like signing a new player."