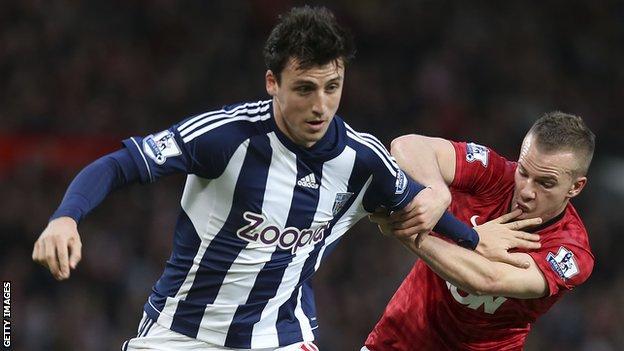 The 20-year-old made his Baggies debut in November 2009 and has 17 appearances for the Hawthorns club.

has prevented him from featuring so far this season.

The England Under-19 international scored once in seven games during a loan spell with Peterborough last term and before that played 14 times for Portsmouth in the previous campaign.