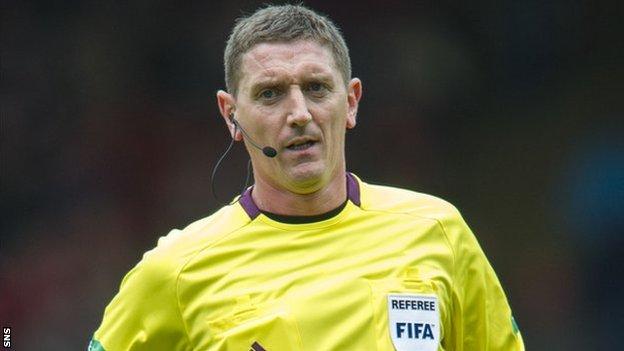 Scotland's Craig Thomson has been chosen to referee Friday's Fifa Under-17 World Cup final between Nigeria and Mexico in the United Arab Emirates.

The Paisley official will be joined by assistant referees Derek Rose and Alan Mulvanny for the showpiece match.

David Syme was the last Scot to take charge of a World Cup final, being referee for the Under-19 finale between Brazil and Spain in 1985.

He has already taken charge of two matches during the Under-17 finals - Ivory Coast's meeting with Uruguay on 20 October and then the African nation's fixture against Morocco nine days later.