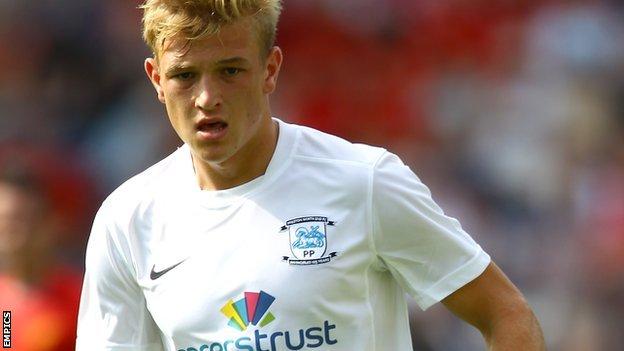 His only first-team appearance for the Lilywhites came in the Johnstone's Paint Trophy loss to Oldham last month.

Croasdale, 19, is ineligible to appear for the Lambs in the FA Cup, but will be available for Tuesday's Conference Premier game against Alfreton Town.

He will provide cover for suspended on-loan Gillingham midfielder Charlie Allen, who was sent off on his debut.

While first-team opportunities at Deepdale have been limited for Croasdale, he recently impressed with two goals against Southport in the Lancashire FA Senior Cup.