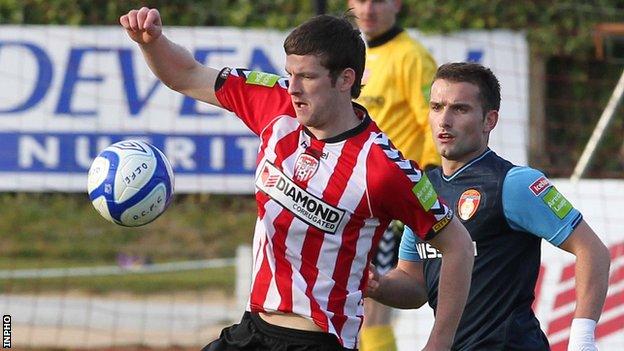 Defender McBride impressed last season and his decision to stay at the Brandywell is a major boost for City.

Donegal midfielder Foy will hope to become a regular in the Candystripes first team next season.

Derry, who have qualified for the Europa League, are looking for a new manager after the departure of Declan Devine last month.

Devine left the club by "mutual consent" after less than two years in the job.

Derry finished fourth in the league, which was enough to secure an Europa League spot thanks to Sligo winning the FAI Cup.