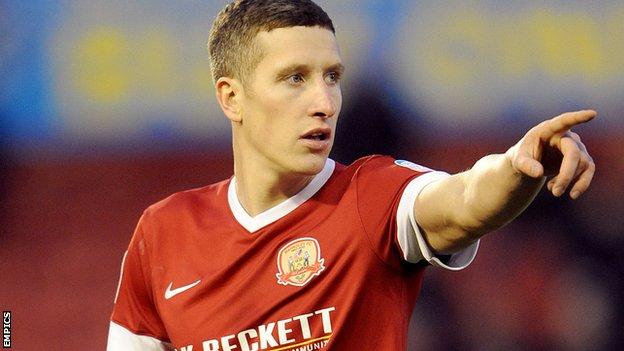 Barnsley defender Jim McNulty has extended his loan spell at Tranmere until 3 January.

The 28-year-old has played six times for Rovers since

McNulty has been given permission to play in Tranmere's FA Cup first round tie at Accrington on Saturday.

"He's a footballing centre-back. You won't see many too cuts and bandages around Jim's head, but he's very clever," said manager Ronnie Moore.

He told BBC Radio Merseyside: "He drops off and picks the ball up, and on the ball he's got a fantastic left foot. He and Ash Taylor have got a nice understanding there.

"We've got Ian Goodison coming back [from suspension], but in the last few games we've looked tight and organised. Hopefully we can carry on with that."