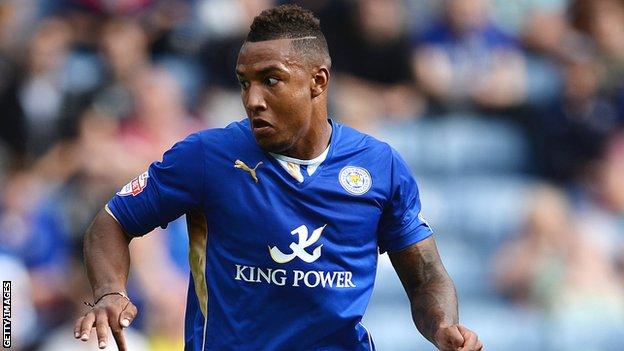 Leicester defender Liam Moore returns to the England U-21 squad for this month's European Championship qualifiers with Finland and San Marino.

The 20-year-old is back almost a year after his debut, but Tom Carroll and Nathan Redmond are both injured.

Andre Wisdom is suspended for England, who lead Group One on goal difference.

Gareth Southgate's team have taken 10 points from their opening four matches and are level on points with Wales, who have played two matches more.

Each of the 10 group winners, and the four best second-placed teams, qualify for the play-off round where the 14 teams are drawn to form seven two-legged ties.

The winners will then join hosts Czech Republic in the tournament finals in 2015.

They drew 1-1 win the Finns in Tampere in September and won 4-0 in San Marino last month.