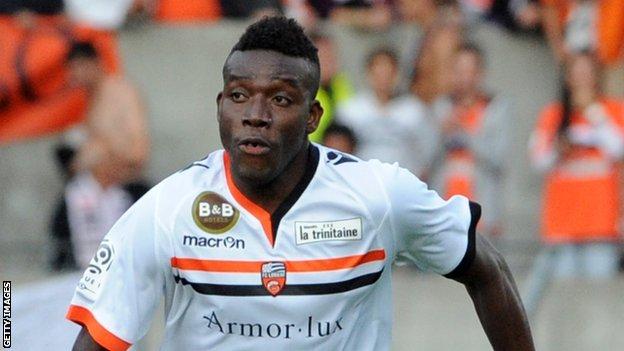 Alain Traore's return to fitness has handed Burkina Faso a major boost ahead of their World Cup play-off second leg against Algeria.

The 25-year-old Lorient forward has been selected in a 26-man squad for the 19 November tie in Blida, where the Burkinabe will defend a 3-2 lead from the first leg.

Traore has struggled with injuries over the past year, including during this year's Africa Cup of Nations when he missed much of his side's run to the final against Nigeria.

His compatriot Jonathan Pitroipa, who was named player of the tournament, is delighted at the prospect of Traore's return.

He told BBC Sport: "I hope that Alain will be with the team, because he's just started playing again. To have him is always a bonus, because he's a player that can make a difference at any moment.

"On free-kicks for instance, we all really trust him. We need him. He's always shown that when he's there he brings something extra. I hope that this time around he can bring us victory again like he did when we qualified for Africa Cup of Nations."

Burkina Faso coach Paul Put has also called up Traore's younger brother Bertrand, who played a part in the first tie, coming on as a substitute in the 75th minute.

Veteran goalkeeper Mohamed Kabore, who plies his trade in the domestic league with ASFA Yennega, is also on the list.

The Stallions will hold a five-day training camp in Morocco starting on 12 November before travelling to Algeria on 17 November.