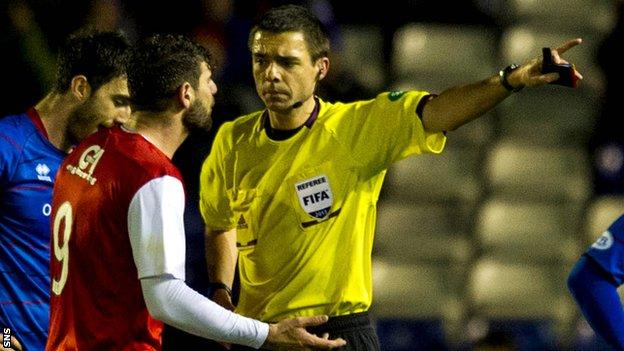 Dundee United striker Nadir Ciftci has succeeded in his claim of wrongful dismissal for violent conduct.

The 21-year-old was sent off during United's League Cup defeat at Inverness CT following a mass brawl.

He was accused of grabbing an opponent's face and adopting a threatening and/or aggressive attitude.

But on review the Scottish FA's judiciary panel ruled both charges unproven and reduced the sending off to a booking.

Later this month, Ciftci will face a charge of excessive misconduct for "seizing" an official in the same game.

The Turk must answer the SFA's notice of complaint that stated he had manhandled assistant referee Gavin Harris, "by the throat".

That case will be heard on 21 November.