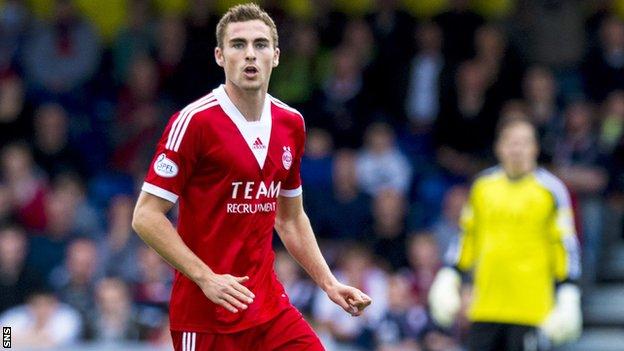 Aberdeen defender Clark Robertson is facing 12 weeks on the sidelines as he recovers from a knee operation.

Robertson, who made his debut in May 2010, has been a regular this season, making 10 appearances for the Dons.

The versatile Mark Reynolds played at left-back for Monday's 4-0 win over Partick Thistle that moved Aberdeen second in the Premiership.