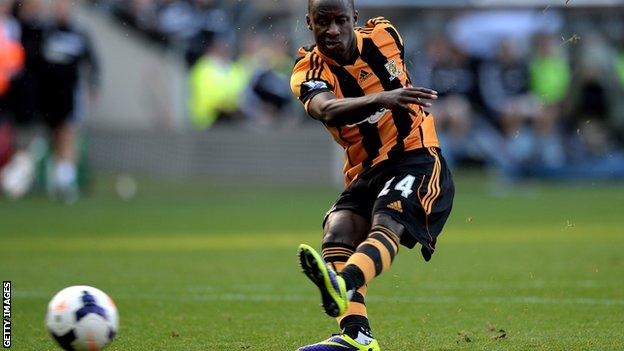 Hull City's Sone Aluko will be out for eight to 10 weeks with a torn Achilles.

Aluko pulled out of the 1-0 victory over Sunderland on Saturday after complaining of discomfort in the warm-up and was replaced by David Meyler.

The 24-year-old forward was set to return from a calf injury after missing out on trips to Tottenham in the Premier League and Capital One Cup.

Aluko, who has scored once this season, missed the second half of Hull's 2012-13 season after Achilles surgery.

The former Rangers player netted eight goals in 24 appearances as the Tigers were promoted from the Championship.