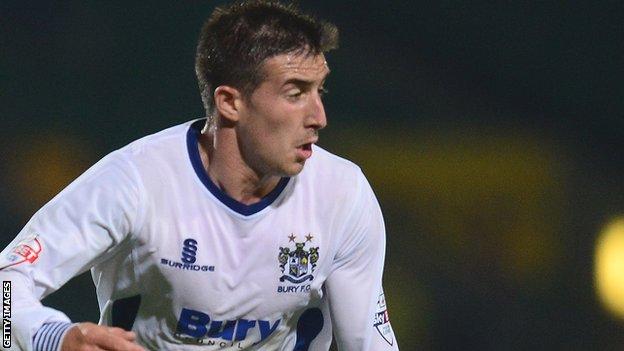 Jones will remain at Gigg Lane until 2016 with the option of an additional year in the club's favour.

The 26-year-old has featured on 14 occasions for the Shakers this term.

"The ambition of the chairman [Stewart Day] and directors has shown me where they want to take this club," he told Bury's website. "I'm excited at the prospect of being part of the journey."

Jones joined from Welsh club TNS last summer, although injuries restricted him to just seven league starts in his first season with the Shakers.