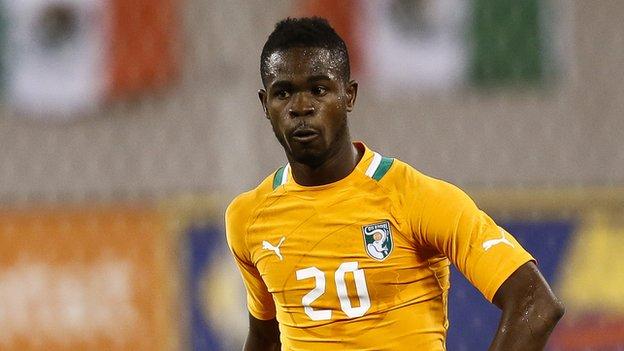 The 20-year-old, who plays for Russian side Anzhi Makhachkala, has been called up alongside Ismael Diomande of French top flight side Saint-Etienne.

The pair are replacements for suspended duo Cheick Tiote of Newcastle and Basel's Geoffroy Serey Die.

Both were booked in the first game between the two countries at Abidjan last month, which ended 3-1 to the Ivorians.

The match will be played on 16 November in Casablanca because of Senegal's home stadium ban.

And the aggregate winner of the tie will qualify for next year's World Cup in Brazil.