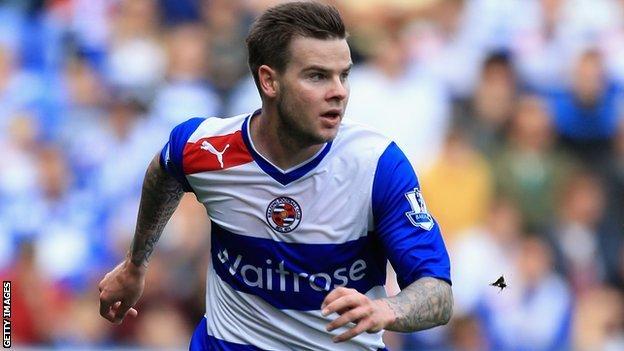 Midfielder Danny Guthrie believes Reading lack mental strength and has urged them to be "ruthless" and "nasty" as they look to win promotion.

The Royals were beaten 5-2 by Sheffield Wednesday last weekend and host QPR on Saturday at the Madejski Stadium.

They have already lost three games in an inconsistent season but despite this still sit fifth in the Championship.

"If you want to win this you have to have a winning mentality," Guthrie told BBC Radio Berkshire.

The club were relegated from the Premier League last season and the former Newcastle midfielder believes there may still be a hangover from that campaign.

"We've been pretty much inconsistent this year," he said. "If you look at our side we've got everything you would want. We've got youth, experience, pace, power and goals.

"Possibly it's a mentality thing. We are still learning, we have every component within the team when we play but that mentality is something we haven't got.

"We lost a lot of games last year and maybe we are not used to winning or being the favourites. It is something that needs to change quite quickly because we can't be inconsistent if we want to go up."

Guthrie, 26, revealed the past week had been "horrible" and that the side were desperate to make amends for last weekend's defeat.

And he has urged his team-mates to up their game against third-placed QPR on Saturday, adding: "We need to be a bit more nasty and ruthless in each box."